Making sure Europe becomes ‘Fit For 1.5’

“A post-COVID Europe must make far more effort when it comes to tackling climate change. Even with its recently enhanced target of at least 55% emissions reduction by 2030, the EU still fails to keep us safe from a climate catastrophe.” 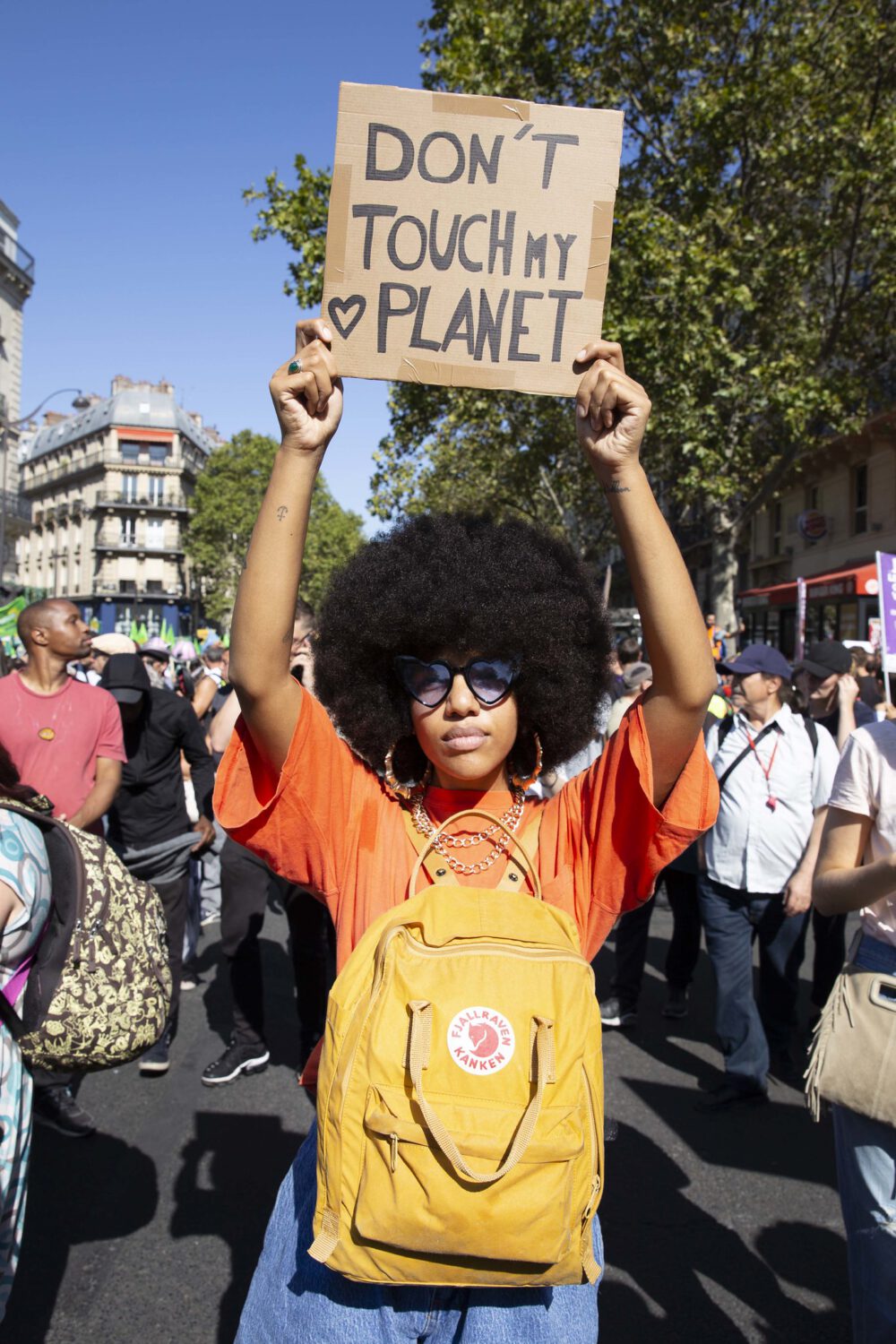 Photo by: CAN Europe/N. Rodrigo Sabio

2021 kick-started a wave of law-making processes to overhaul the EU’s entire climate and energy 2030 framework. In the summer, the European Commission launched the first part of its ‘Fit For 55’ climate and energy policy package to implement the EU’s new overall climate target of at least 55% net greenhouse gas emission reductions by 2030.  Climate Action Network (CAN) Europe continues to put pressure on decision-makers in EU institutions to ensure that the package is robust, socially fair and strengthened to allow the EU to go well beyond the -55% target.

Ahead of the launch of law proposals by the European Commission, we managed to put forward a narrative which highlighted the need for the ‘Fit for 55’ package to become ‘Fit for 1.5°C’. We launched a communications and media campaign (#FitFor1Point5) pushing for the ambition of all the pieces of the revised climate and energy legislation to collectively allow Europe to go beyond the 55% target to at least 65% net greenhouse gas emission cuts in 2030.  We called for a robust and ambitious climate policy architecture to ensure that Member States stay responsible for the delivery of climate action.

Under the land use and forestry legislation  (LULUCF) we advocated for an ambitious and clear new carbon removal target for 2030 together with stronger biodiversity protection and better and more transparent accounting rules. On energy, our main priority was stronger and binding 2030 EU energy efficiency and renewable energy targets, accompanied by bolder policies and measures to underpin their achievement.

The Commission proposals included many positive elements that may even lead to a small increase beyond the agreed at least 55% net emission reduction in 2030. Thanks to our joint efforts, we ensured that the proposal for the introduction of a new carbon market for road transport and buildings complements the existing nationally binding emission reduction targets under the Effort Sharing Regulation (ESR), and does not simply replace them. In addition, the proposal for the revision of the Emissions Trading System (ETS) contained many of our key asks such as rebasing the cap that sets the total limit of emission allowances, bringing it closer to real emissions and continuing to exclude fossil fuel investments from being financed through ETS revenues.

The Energy Efficiency Directive recast proposal also strengthened several of its aspects, which we advocated for, starting with making the EU 2030 energy efficiency target binding. While, our call for a clear signal from the Commission that the Renewable Energy Directive (RED) is only for renewables (and not for fossil based energy sources) was heard.

Still, all the ‘Fit for 55’ proposals lacked ambition, being far from sufficient to help the EU deliver on a fair contribution to achieving the 1.5°C goal of the Paris Agreement. After their launch, we shifted our advocacy efforts towards the Member States and the European Parliament emphasising the fact that it is up to them to raise the ambition, address the weaknesses of the proposals and ensure accountability at the national level during the ongoing legislative process.

In December 2021, the European Commission put forward the second part of the ‘Fit for 55’ package, including the proposal for the recast of the Energy Performance of Buildings Directive (EPBD), the Methane Regulation as well as the revision of the Gas Package (hydrogen and gas decarbonisation package). CAN Europe, together with members and partners, highlighted that the gas package is missing crucial triggers to bring EU fossil gas consumption significantly down.