The EU’s upcoming climate and energy legislative package should be ‘Fit for 1.5°C’

What is the ‘Fit For 55’ legislative package?

The ‘Fit For 55’ package is a basket of a dozen legislative pieces meant to bring the EU’s climate and energy policy framework in line with the increased climate target of at least -55% net emission cuts by 2030. The main proposals are expected to be presented on July 14, with a few more that are likely to be launched later this year.

The package in July is expected to include the revision of some of the EU’s core climate and energy legislation, such as the Emissions Trading System (ETS); the Effort Sharing Regulation (ESR); the Land Use, Land Use Change and Forestry Regulation (LULUCF); as well as Renewable Energy Directive (RED); and Energy Efficiency Directive (EED).

No. Even with the EU’s enhanced target of at least 55% net emission reductions by 2030, as well as with the pledges from other major emitters, the world is still heading towards a global temperature rise of at least 2.5°C by the end of this century.

It has been estimated that such a dramatic temperature increase trajectory will cause 8.0% GDP loss in Europe already by 2050. In order to do its fair share under the Paris Agreement, the EU should therefore strive for emission reductions of at least 65% by 2030.

Only such a substantial cut will represent the EU’s fair contribution to achieving the Paris Agreement’s 1.5°C goal.

Is meeting a target of 65% emissions reduction by 2030 feasible?

Yes. Multiple studies indicate that a target of at least 65% emission cuts in the EU by 2030 is achievable. To the proven technologies, which are increasingly available to the markets, we need to add stronger EU legislation that gives all market players and all stakeholders involved the certainty and the direction they need in order to do the right investments and to go for a just transformation of our societies and economies.

How should the EU’s legislation be revised in order to turn the upcoming package into ‘Fit for 1.5°C’?

All pieces of the revised legislation must go for their maximum of ambition when it comes to reducing emissions.

The package needs to set clear, ambitious and binding EU and national targets, based on the following 2030 objectives:

Why are national binding targets needed both for climate and energy?

National binding targets ensure accountability for Member States and can provide the right signal for accelerating action and investments related to climate overall and specifically related to energy efficiency and renewable energy in all sectors. These also need to be combined in the upcoming legislative package with stronger measures to underpin their delivery.

For the climate targets, as we need to account honestly for everything the atmosphere sees, the starting point for any climate target must be based on a real current level of emissions. No loopholes in the system, leading to unaccounted emissions, must be accepted by the EU or any individual Member State.

Which sectors should be expected to contribute more to emission reductions?

All sectors need to achieve substantial emission reductions with the right measures that are adapted to national realities. Yet, in no way flexibility should mean allowing for accounting tricks or fungible targets, and using progress in one sector to undermine the effort needed in other ones. The EU has a binding target of achieving climate neutrality over the coming decades. This means that there is no room left, neither for any Member State, nor for any economic sector, for delaying urgent climate action.

Is there a role for  fossil fuels in the new climate framework?

There is no place for fossil fuels in the EU’s climate neutral future. There should be no incentives for ‘low-carbon’ (fossil) fuels and non-renewable fuels in any piece of the revised legislation. The entire framework should drive the EU away from fossil fuels and towards a 100% renewable energy based system by 2040.

Moreover, it is essential that the EU fully applies the Polluter Pays Principle, as enshrined in the Treaties, to make sure that all sectors, especially those that have so far failed to decarbonise, contribute their share to the transition towards climate neutrality.

How costly will this profound transformation of our energy system be?

Investing in energy savings and renewable energy clearly brings about benefits for the people and the environment. The costs of the required transformation are far outshadowed by the costs of inaction or delayed action. The avoided costs of environmental damage in the EU, e.g. from weather extremes, amount to €10,000 billion by 2050. The continued use of fossil fuels would only increase the bill for our economies. One of the world’s biggest insurance groups, Swiss RE, estimates that a 2.5°C temperature increase will cause 8.0% GDP loss in Europe by 2050.

With the revamped EU budget and the Recovery and Resilience Facility, Member States have a once-in-a-life-time opportunity to ensure funding for a sustainable and inclusive investment process that promotes a just transformation. 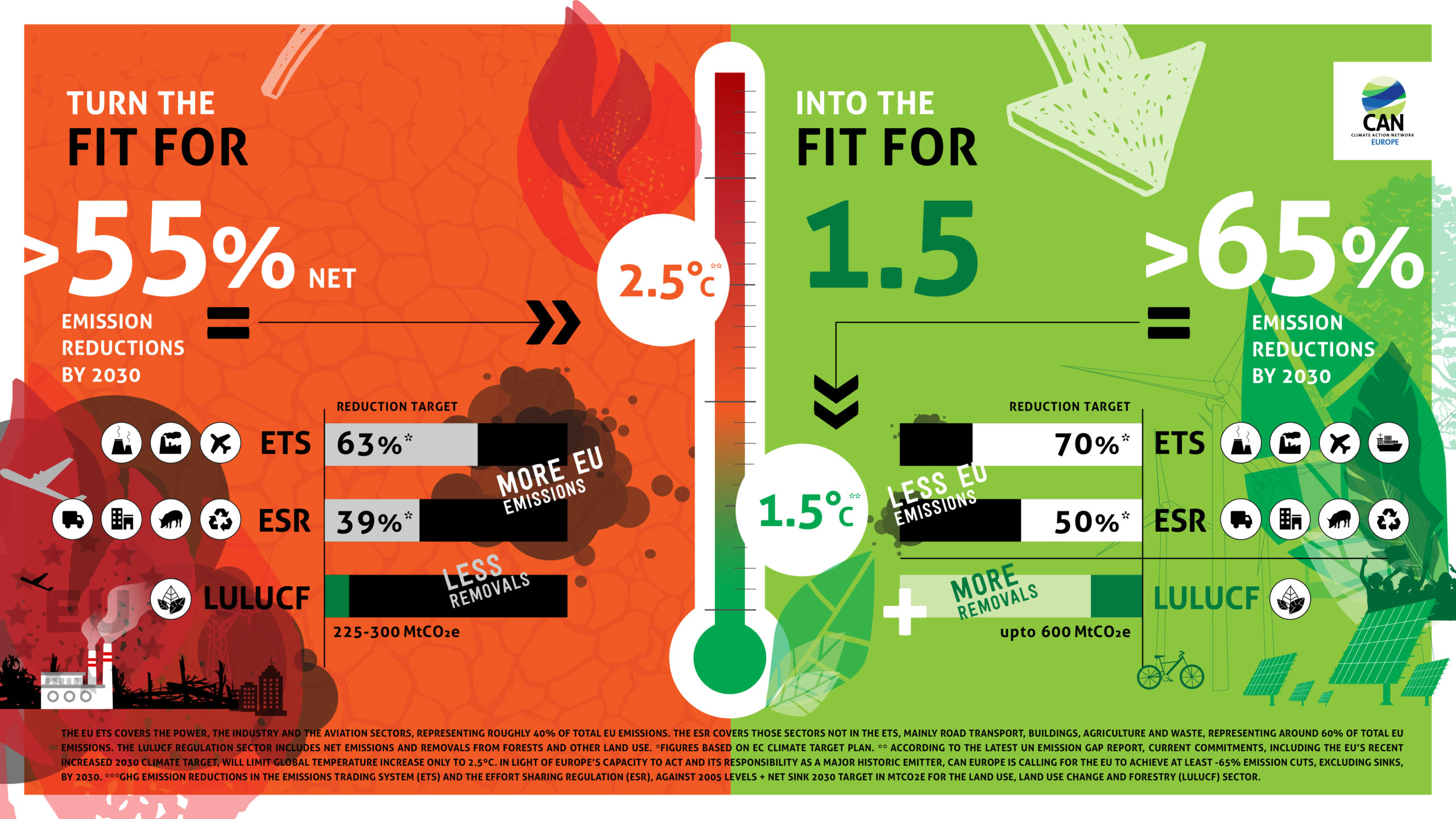