“Together for 100% Renewable Europe: Prosperous. Sustainable. For everyone” is an initiative of Climate Action Network (CAN) Europe jointly with members across Europe.

The campaign brings forces in our Network to work together for a faster but also inclusive, fair, and people participatory rollout of solar and wind energy which at the same time supports protection and restoration of biodiversity.

We aim for a fair and sustainable transition to a 100% renewable energy system, specifically contributing to accelerating the solar and wind deployment at the pace and scale required by the climate crisis. We ask policy makers both at EU and national levels to take bold and forward-looking actions to build a prosperous and sustainable energy future for everyone, fully based on renewable energy. On the pathway to cover the entire energy demand of all economic sectors by renewable energy by 2040 (heat, transport, industry), all our electricity should come from renewable energy sources already by 2035.

The Energy Charter Treaty (ECT) is a huge obstacle for the clean energy transition. To tackle the climate crisis we need to keep fossil fuels in the ground. But governments that phase out coal, end gas production, or stop oil pipelines can be sued by corporations in private courts and be held liable for billions in damages. The ECT makes it possible.

With this petition, we demand from European governments, parliaments and EU institutions:

Pull out of the Energy Charter Treaty and stop its expansion to other countries! The treaty allows coal, oil and gas corporations to obstruct the transition to a clean energy system. Disarm fossil fuel firms now, so they can no longer impede urgent climate action! Visit the campaign page.

Time to end the power of fossil fuel corporations to oppose the phase-out of coal, gas and oil! The Energy Charter Treaty must go! Please sign the petition and share widely!

Time to end the power of #fossilfuel corporations to oppose the phase-out of #coal, #gas and #oil! The Energy Charter Treaty must go! Please sign the petition and share widely! #ClimateAction #noECT

Time to end the power of fossil fuel corporations to oppose the phase-out of coal, gas and oil! The Energy Charter Treaty must go! Please sign the petition and share widely! 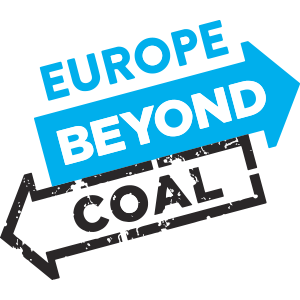 The Europe Beyond Coal campaign was established in July 2017, with the goal of ensuring coal is phased out throughout Europe by 2030 at the latest.

The EBC secretariat supports and coordinates the Europe Beyond Coal campaign with civil society groups working across 28 European nations, including the Western Balkans and Turkey. It is overseen by a Campaign Steering Committee and has its office in Berlin. It is legally a part of Climate Action Network Europe, based in Brussels. EBC has sister campaigns in the US, Australia, Korea and Japan.

A coal-free Europe is inevitable, and coming fast. The sooner it happens the better chance we have for a future from climate change, to avoid premature health conditions, and ensure cleaner air and water for all.

UNIFY: Bringing the EU together on climate action

The UNIFY project aims to facilitate the effective and early transition of Member States across Europe to low carbon and resilient economies by unifying three key policy opportunities: programming of EU funds, National Energy and Climate Plans (NECPs) and national and the EU’s Long Term Strategies.

Through its targeted activities in 10 Member States and at the EU level, the Unify project showcases that if these three key EU policy processes are consistent, ambitious and in line with the Paris Agreement objectives, they could help all EU Member States to step up climate action.

Through underlining the importance of alignment between the national and the EU’s long term strategies, National energy and climate plans and the local level climate and energy action plans (SECAPs), the UNIFY project reminds the importance of consistency in climate action at different levels.

Besides, Unify project builds processes and capacity to monitor the programming of EU funds, providing targeted inputs at the regional, national, and sub-national level to ensure that Partnership Agreements and Operational Funds support the implementation and increased ambition in National Energy and Climate Plans at the national level and Sustainable Energy and Climate Action Plans at the municipal level.

Disclaimer: The Unify project has received funding from the LIFE Programme of the European Union. The information and views set out on this website are those of the author(s) and do not necessarily reflect the official opinion of the European Commission.

The Coalition for Higher Ambition is a unique and unprecedented gathering of businesses, investor groups, local and regional authorities, trade unions and civil society groups, standing together to advocate for the EU ramp up its climate action. Organisations joining the Coalition for Higher Ambition represent major stakeholders from across Europe and a cross section of the European economy, demonstrating the breadth and depth of the call for climate leadership.

In order to address the climate crisis, CAN Europe joins forces with a wide array of stakeholders, representing some of the leading economic and social actors at the forefront of driving the much-needed transition in Europe and ensures the dialogue among these climate progressive non-state actors in the Coalition for Higher Ambition.

Cost of Coal in Turkey

Behind the notion of “externalities”, the often overlooked, real costs of coal power production are paid with human life, social, economic and cultural assets, ecosystem destruction and climate change. With its coal production facilities and three coal-fired power plants, the province of Muğla in Turkey has become an open-air laboratory that exposes the impacts and dangers of coal, and reveals its alternatives.

CAN Europe conducted a comprehensive study that indicates that we can put an end to the costs that are generally defined as “externalities” and disregarded in the coal-based energy production policies and investments, pointing out to available alternatives.

The EU’s recovery package, combined with its 2021-2027 EU budget totals € 1.8 trillions and is the largest financial package ever (in the EU) and aims to stimulate the economy during the ongoing pandemic. At the same time EU’s financial support should go for implementing the objectives of the EU Green Deal in tackling the climate crisis and building more sustainable, resilient societies and economies.

The EU Cash Awards campaign, looks at how Member States and regions are planning to use the available funding through a whole range of plans they have to develop to get access to EU funding, namely the Structural Funds, the Just Transition Fund, and the Recovery and Resilience funds.

Based on draft plans published by governments, or leaked documents, the EU Cash Awards Campaign highlights good, bad and ugly measures in these spending plans. The campaign aims to encourage Member States, regions, and the European Commission to take decisive steps in the finalisation of these spending plans by excluding all climate and environmental harmful measures and promoting solutions to tackle the climate and environmental crises.

The next step of the EU cash awards campaign is to put all measures to a public vote to identify the top good, bad and ugly measures elected by Europeans that Member States try to finance through the EU purse. The results of the public voting will be announced in an Awards Ceremony on 29 April.

People’s Climate Case is initiated by ten families from Portugal, Germany, France, Italy, Romania, Kenya, Fiji, and the Saami Youth Association Sáminuorra whose homes, livelihoods, traditional family occupation and culture are affected by climate change. In this historic climate case, they are taking the EU institutions to court to protect their fundamental rights and to prevent dangerous climate change.

The plaintiffs are accompanied by a broad range of NGOs, scientists and citizens who firmly believe that the EU can and must be more ambitious regarding its 2030 climate target. The scientists from the scientific think tank Climate Analytics provide interdisciplinary scientific background to the People’s Climate Case to show clear evidence on how the families are impacted by climate change and indicate what is doable to further reduce emissions far beyond the current EU’s climate target.

Climate Action Network, Europe’s largest NGO coalition working on climate and energy issues, with over 170 member organisations in more than 38 European countries, representing over 1500 NGOs, is also supporting this courageous action of plaintiff families and recognises the urgency to act for protecting their fundamental rights.

Clean up the industry

We are on a mission to avert climate change – and that means cutting carbon. But did you know that the EU law that regulates industrial pollution does not address carbon and climate change? We need to change this.

Factories, power plants, intensive livestock rearing and refineries produce more than half of EU carbon emissions. We need strong laws on what comes out of factory chimneys and power plant smokestacks. Rules like these will be game-changers for our lungs and for the planet.

And the Industrial Emissions Directive is crucial for this!

Tell the EU Commission: No support for fossil gas!

The EU should not continue spending hundreds of millions of Euros of tax-payers money into expanding fossil gas pipelines when the aim should be for our energy system to become 100% renewables based.

The EU Commission is drafting its fifth priority list (the “PCI list”) for energy infrastructure projects that should get access to EU funding and benefit of an accelerated implementation. 74 fossil gas mega-projects applied for a spot on this list, but none of these projects must get any EU support, because of multiple reasons. Read more about the projects and the specific issues we identified here.

The main discredit is that fossil gas is a climate-wrecking fossil fuel and cannot play a role in our future energy system if we want to keep dangerous climate change at bay. Burning fossil gas does not only emit carbon dioxide but also methane, which has a climate impact that is 86 times higher than CO2 and hence makes tackling fossil gas an important element of any actions that address the climate urgency. Supporting fossil gas projects means losing precious time and money, while we need to go for a 100% renewables based energy system with energy efficiency at its heart.

Until 8 April you have the chance to have your say!

Tell the EU Commission that no fossil gas project should be included on the priority list by signing the petition!