The initially delayed operation of a new 496-MW power plant unit in Turow (Poland) is supposed to start today. The unit will benefit from EU money via Polish capacity mechanisms, which are often used as backdoor subsidies for unviable economic investments.

Turow coal mine, sharing the border with Germany and the Czech Republic, has been operating illegally for the last year, violating the EU law and putting local communities at risk of serious water scarcity. Even so, yesterday the Polish government authorised mining operations to continue until 2044.

“All power production from coal in the EU must stop by 2030 for at least two obvious reasons. One, continuing to use coal, a highly polluting fossil fuel, will make the Paris Agreement objective extremely hard to reach. Second, power production from coal is a killing and dying business. It is not economically viable and deteriorates communities’ lives polluting the air, water, soil.

Prolonging the coal mining activities until 2044 and adding a new lignite power unit to start operating now, which is also to be paid from citizens’ pockets, is outrageous,” said Climate Action Network (CAN) Europe’s Senior Energy Policy Coordinator, Elif Gündüzyeli.

Turow mine’s numerous violations of European law were confirmed by the European Commission, yet the Commission has so far refrained from starting an infringement process against the Polish government, despite neighbouring Member States’ objections to the mining activities prolongation.

The city of Brussels saw a massive advertisement deployment this week with messages against the European Green Deal, sponsored by the Polish company, Polska Grupa Energetyczna (PGE).

The company had announced becoming climate neutral by 2050 while showing clear intentions to continue its coal business until at least 2044. PGE plans to transfer its coal assets to the state, as coal power production gets too expensive for the company, once again as a burden on the citizens’ shoulders.

“Turow coal mine expansion violates local communities basic rights and kills any hope of a climate-safe future. It is about time for the European Commission to hold the Polish authorities accountable for the breaches in the implementation of EU law by joining the Czech Republic in the Court case, and to immediately start an infringement procedure against Poland,” added Elif Gündüzyeli. 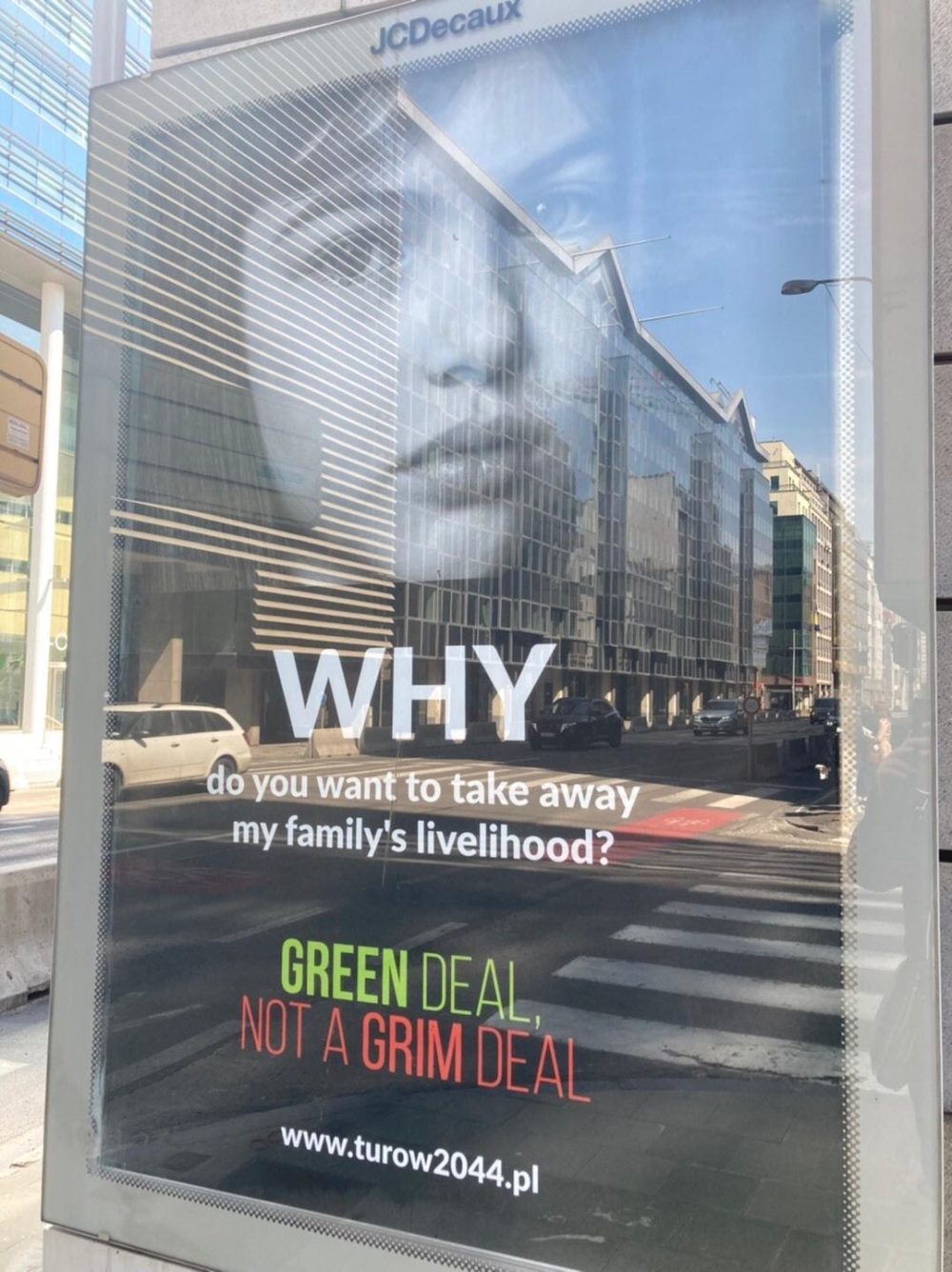