EU India summit in May: Kick off to a series of bilateral summits which accelerate climate cooperation?

On 8 May, the leaders of all EU member countries and the Indian Prime Minister met for their 2021 virtual summit. In light of the COVID-19 surge in India, the meeting had to be shifted to a virtual format on short notice. It concluded with a joint statement which is substantially more detailed than the 2020 one and indicates the potential for further deepening the cooperation on climate action, despite some weaknesses. An official factsheet summarises key outcomes from the perspective of the two parties. 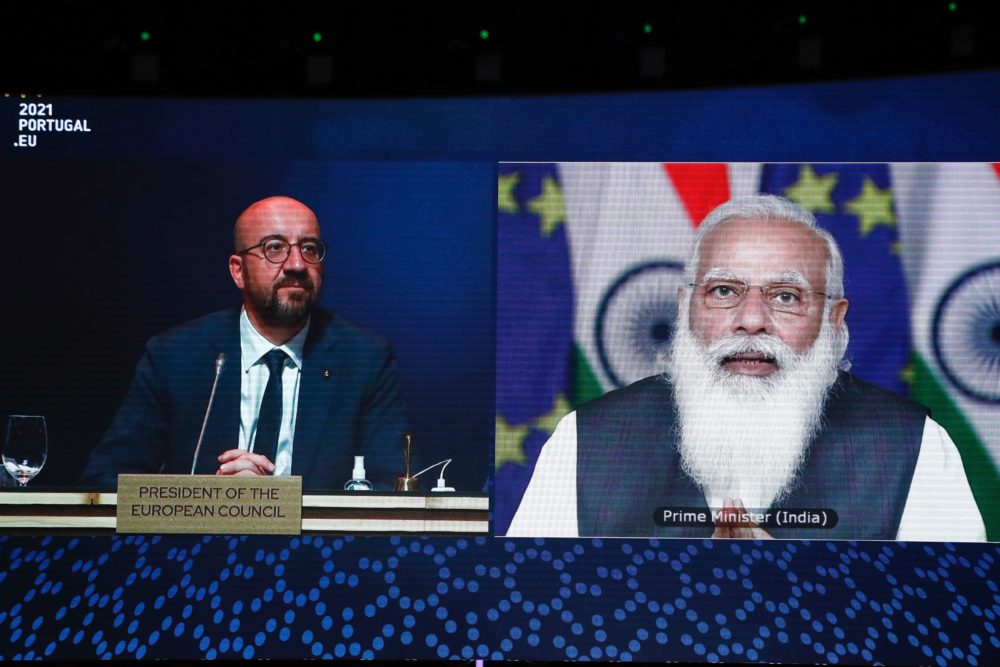 Lack of sense of urgency and recognition of insufficient NDCs

A missing piece in the declaration is that despite recent announcements from some countries to increase their mitigation ambition, there is still a huge emissions gap – with the world still being on track of 2.4°C or more temperature increase in this century –  and the need for all countries to increase ambition beyond current NDCs. Neither the EU’s NDC submitted in December 2020 confirming the “at least 55%” reduction by 2030 nor the current Indian targets- a new NDC has not yet been put on the table by India – are sufficient for a 1.5°C pathway, although one has to note that EU being historically one of the biggest emitters and with much higher per capita emissions and income has to undertake comparatively more than countries like India. Hence, CAN Europe regards a 2030 reduction of at least 65% and climate neutrality by 2040 as the EU’s fair contribution.

The document reflects a stronger focus on “achieving the goals of the Paris Agreement” instead of just committing to its implementation. Key areas of work highlighted in the joint statement towards this goal are

A recent article by the Indian TERI institute provides some further reflections on the cooperation potential in some of these areas. Noteworthy is furthermore the government’ commitment “to protecting and promoting all human rights, including gender equality and women empowerment in all spheres of life”.

Connectivity partnership to be aligned with Paris Agreement goals?

Both governments also agreed on a new “EU-India connectivity partnership” which is obviously climate relevant, with an official fact sheet covering key aspects. In short, it aims to contribute to “delivering competitive connectivity” in the areas of digital, transport, energy and “people-to-people” (education, research etc.), providing a framework for cooperation goals and a number of existing or new partnerships including from specific EU member states. The partnership document reaffirms the commitments to “democracy, freedom, rule of law and respect for human rights” and major sustainable development frameworks including the Paris Agreement and the Sustainable Development Goals. The partnership will include “cooperation in normative regulations, standards and physical projects, and will incentivise private sector actions and investments in all dimensions of the sustainable connectivity partnership”.

From a climate perspective, the partnership document should more clearly envisage cooperation with regard to gradually phasing down fossil fuel use and avoid investments into infrastructure which would result in new fossil fuel explorations, in line with the recently released IEA 1.5°C scenario, even if in different time horizons due to the larger historic responsibility of the EU. However, the documents as well as the cooperation examples covered (e.g. wind power, smart grid, sustainable transport such as metros and railways) at least reflect a strong focus on renewable energies and more sustainable solutions across the various areas, with a horizontal mainstreaming of “green deal” objectives. What remains relatively unclear is the scale and scope of the planned financial support from the side of the EU through its collective or member states’ individual cooperation instruments.

Also, despite India’s significant vulnerability to climate change risks, and in light of the new EU adaptation strategy which also foresees to scale-up support and action for international adaptation, the joint statement provides little detail on where a deepened cooperation could make a difference for improving climate resilience.

An important aspect of such cooperation is how to put words of declarations into practice, which, as a first step, requires procedures and mechanisms to follow-up on the leaders’ words on a more technical level. The statement indicates that a next meeting of the EU-India Energy Panel should take place as early as possible, and that they want to reconvene the EU-India High-Level Dialogue on Climate Change on a regular basis. Also, a new work programme of the EU India Energy Panel seems to be under preparation and will likely be informed by the meeting’s outcomes. It can be expected that later in the year, when the COVID-19 situation allows, another physical EU27 and India meeting will be envisaged, which then should also review progress achieved and further actions necessary to respond to outcomes of other climate policy events, such as the G7 or G20 meetings. India will take on the G20 presidency in 2023 (after Indonesia in 2022).

The EU India leaders’ meeting has been the first major summit between the EU and some of the largest economies with a climate component in 2021. After the EU-Japan summit on 27 May, which resulted in the conclusion of an EU-Japan Green Alliance, June will mark another busy month, with a EU US summit scheduled for 14/15 June, and likely a EU Canada summit around those same dates. Back to back with the G7 leaders’ summit in the UK from 11-13 June, both the EU-US and EU-Canada summit are expected to take place in person in Brussels.

Going forward, in CAN  Europe’s view, it would be important to:

The case of the disappearing energy-intensive industries transition pathway

EU industrial strategy is in a period of frenetic activity, especially as EU industry is affected by multiple converging crises resulting in increased costs and supply chain provisioning difficulties. This