Lack of ambition and solidarity from Member States risk derailing the Social Climate Fund’s potential to deliver transformative change and a Just Transition for all.

The Social Climate Fund (SCF or Fund), which the European Commission (EC) proposed as part of its Fit for 55 package in July 2021, has the potential to be one of the leading instruments to deliver a socially fair and Just Transition to climate neutrality. It can help to usher in bold and transformative action at all levels of society for systemic change to build a sustainable and safe future for all, especially for those on the margins and in vulnerable situations.

However, without certain policy reforms and safeguards, there is a strong risk that the SCF will fail from the outset. The EC’s proposal foresees an insufficient budget, a lack of shared governance and a less-than-ideal set-up. Moreover, some Member States are opposed to the idea of creating a SCF in the first place.

We, the undersigned organisations, call on European Union (EU) institutions and Member States to be both ambitious and solidary and incorporate the following recommendations: 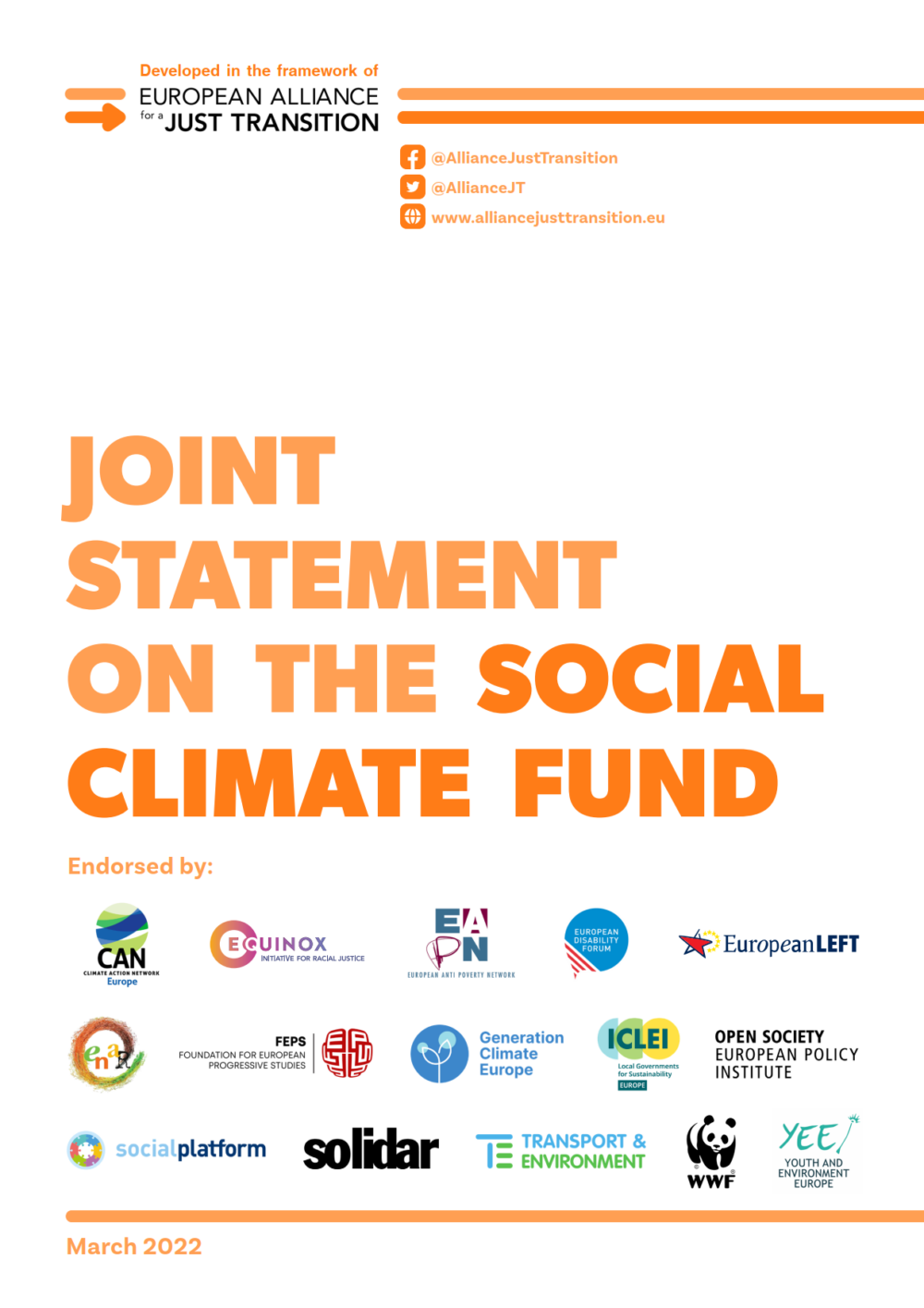