On Friday, 6th March, the EU’s environment ministers will discuss and most likely decide upon the EU’s commitment towards the Paris agreement on climate change. On behalf of over 120 members, Climate Action Network Europe highlights the causes of concern regarding attempts to dilute the EU’s pledge. 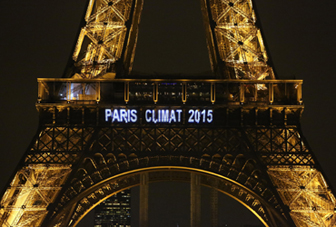 The Environment Council on Friday will discuss the European Commission’s Road to Paris Communication published last week. The Communication includes a translation of the target to reduce carbon pollution by at least 40% by 2030 adopted by heads of state and government in October last year into a pledge for presentation to the international climate negotiations, due to make a global climate deal in Paris at the end of this year.

“The credibility of the climate target agreed by Member States has been lost in translation. The Commission’s proposal could severely undermine efforts to cut greenhouse gas emissions. It introduces two potential loopholes which could dilute the EU’s climate target by more than 11%” – Wendel Trio, Director of Climate Action Network Europe said.

First, it lacks clarity if the forest management sector will be treated separately and on top of the EU’s at least 40% domestic target. Forest management constitutes a large net sink, which means that it removes more carbon than it emits. According to a number of studies, including forest management into the EU target could lower the ambition by more than 4%. Secondly, both in the ETS and the non-ETS sectors, the EU will overachieve its 2020 target, and a large surplus of emission allowances has been accumulated and is expected to grow further. If these allowances are carried-over to the post-2020 period, this surplus could dilute the 40% target by more than 7% in 2030.

“The environment ministers have to ensure that the EU drives a global climate deal which will protect us from the worst impacts of climate change. The progressive Member States will hopefully lead the push for a more ambitious position from Europe ahead of the Paris conference. These include Denmark, who committed to make 100% of their electricity supply renewable, and the UK, who is on the way to completely phase out coal. These countries understand that climate policies can deliver more and better jobs, improved public health and more prosperous economies” – Wendel Trio adds.

The progressive countries will have to counter attempts of some Member States to drop many of the decisions the European Council last October. Some Central European countries try to override Council’s conclusions, by advocating for inclusion of the forest management sector in the target, allowing for international offsets despite clear formulation that the target should be achieved domestically and deleting any reference to “binding” legislation, which will allow to implement the targets.

According to Climate Action Network Europe, the EU needs to not only avoid losing credibility as the climate leader, but, moving forward, it needs to specify how it will deliver the “at least” part of its climate action commitment. The EU’s at least 40% domestic target does not represent a fair and ambitious contribution for keeping warming well below 2°C.

CAN Europe’s spokespeople will be available for comment on the ENVI Council decision on Friday. CAN Europe will also issue a reactive statement.