Emissions of methane, a potent greenhouse gas, have far too long remained overlooked. The Intergovernmental Panel on Climate Change (IPCC) reports that anthropogenic methane emissions are likely responsible for 0.5 °C of warming. It also concluded that reaching a sustainable mitigation pathway to 1.5 °C can only be achieved with simultaneous deep reductions of carbon dioxide and all non-carbon dioxide climate forcing emissions, including short-lived climate pollutants such as methane.

Methane concentration in the atmosphere has more than doubled since pre-industrial times. There is strong evidence that the increase is due to growth in anthropogenic emissions rather than slower atmospheric removal rate processes or increased natural emission sources. In particular, it appears that increases are due to fossil fuel-related activities and agricultural and waste sources. 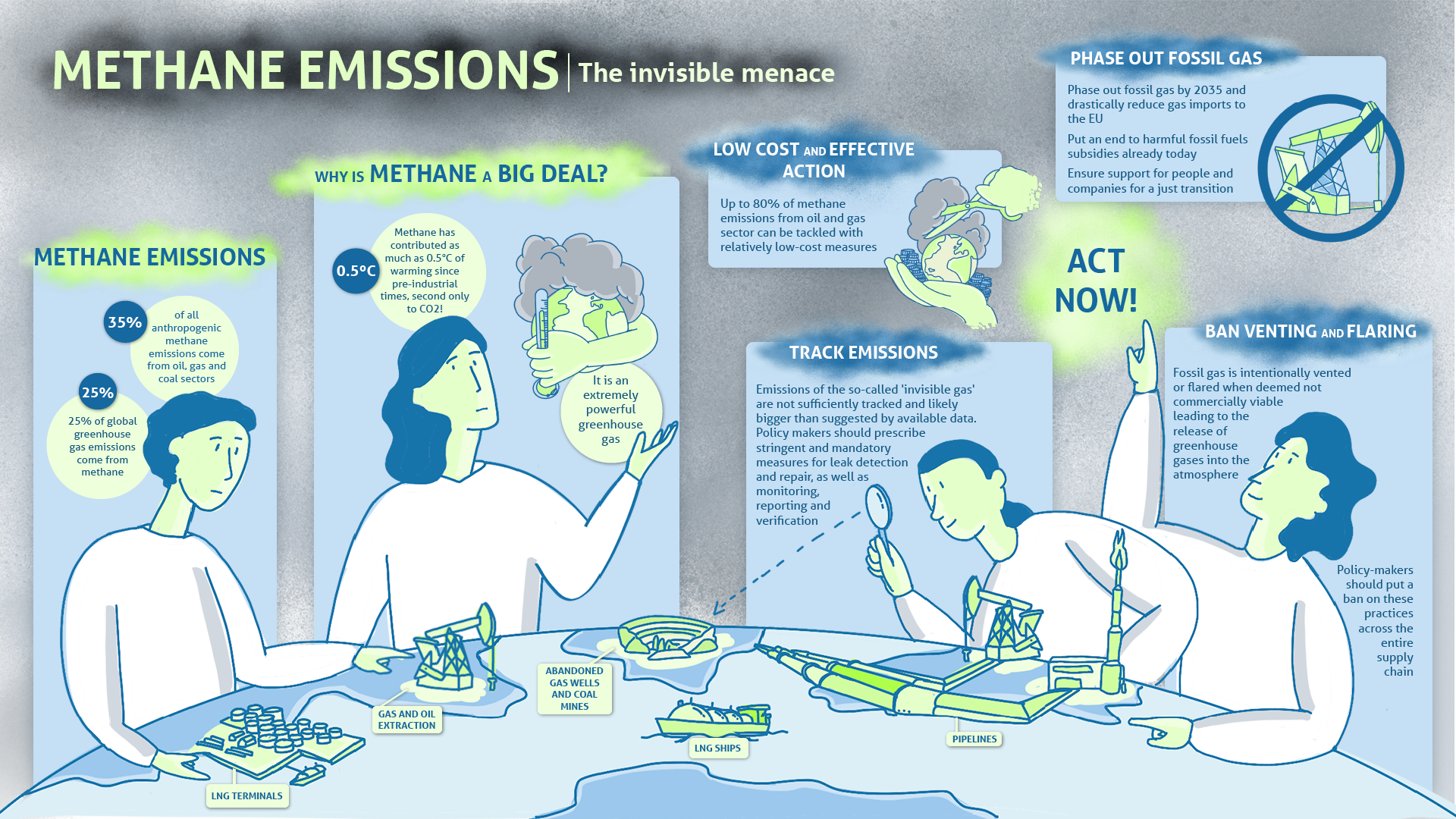 While measures to mitigate methane emissions are an important contribution to slow climate change, EU Member States must adopt, in parallel, very ambitious phase-out plans for oil, coal and gas. Any methane reduction measure that fails to be linked to a fossil gas phase-out is inadequate to lead to an overall reduction of greenhouse gases. The EU, as a major fossil gas import region (80-85% of the gas consumed in the block), should take decisive actions on both, working towards a fossil gas phase-out by 2035 while eliminating methane emissions across the entire supply chain.

Where does methane leak in the fossil gas sector?

Several measures are already available to avoid these emissions. These include leak detection and repair (LDAR) measures, with detection to be performed as frequently as possible and ideally continuously and repairs to be carried out promptly after leaks are discovered. LDAR measures will inform and strengthen the currently weak Measuring, Reporting, and Verification (MRV) across the fossil fuel sector. Other measures include the ban of routine venting and flaring (BRVF) practices when these are not performed in the context of emergency situations but rather because of lacking incentives (e.g., commercially not attractive and absence of regulations) to recover the fossil gas.

Furthermore, effective sealing of decommissioned oil and gas wells and coal mines can also contribute to reducing methane emissions from these sources. Last but not least, the most effective way to reduce methane emissions is to keep fossil fuels underground, halting their extraction and new exploration. This also requires speeding up the energy transition toward a 100% renewable-based energy system.

Next steps to tackle methane emissions

At the international level, the UN Environmental Program will launch their International Methane Emissions Observatory (IMEO), slated for the end of this month at the G20. The Observatory will be tasked with processing, aggregating, and publishing data on methane emissions. Similarly, in the context of the upcoming UN Climate Change Conference (COP 26), the EU and the US will launch the Global Methane Pledge, an international initiative to reduce global methane emissions.
These set the scene for later this year when the European Commission aims to unveil its legislative proposal to reduce methane emissions as part of the ‘Fit for 55’ climate and energy legislative package.

The Commission should undoubtedly strengthen the European Parliament’s proposals on LDAR, MRBV and BRVF and abandoned oil and gas wells and coal mines. In parallel to that, it should also take the EP’s proposal on phasing out fossil fuels a step further and ensure that the EU is set on a pathway to phase out coal by 2030 and fossil gas by 2035. Finally, to tackle the global dimension of the problem and the EU’s situation as a major fossil gas importer, it is of utmost importance that methane leakages are dealt with across the entire supply chain, not only within the European Union but also outside European borders. 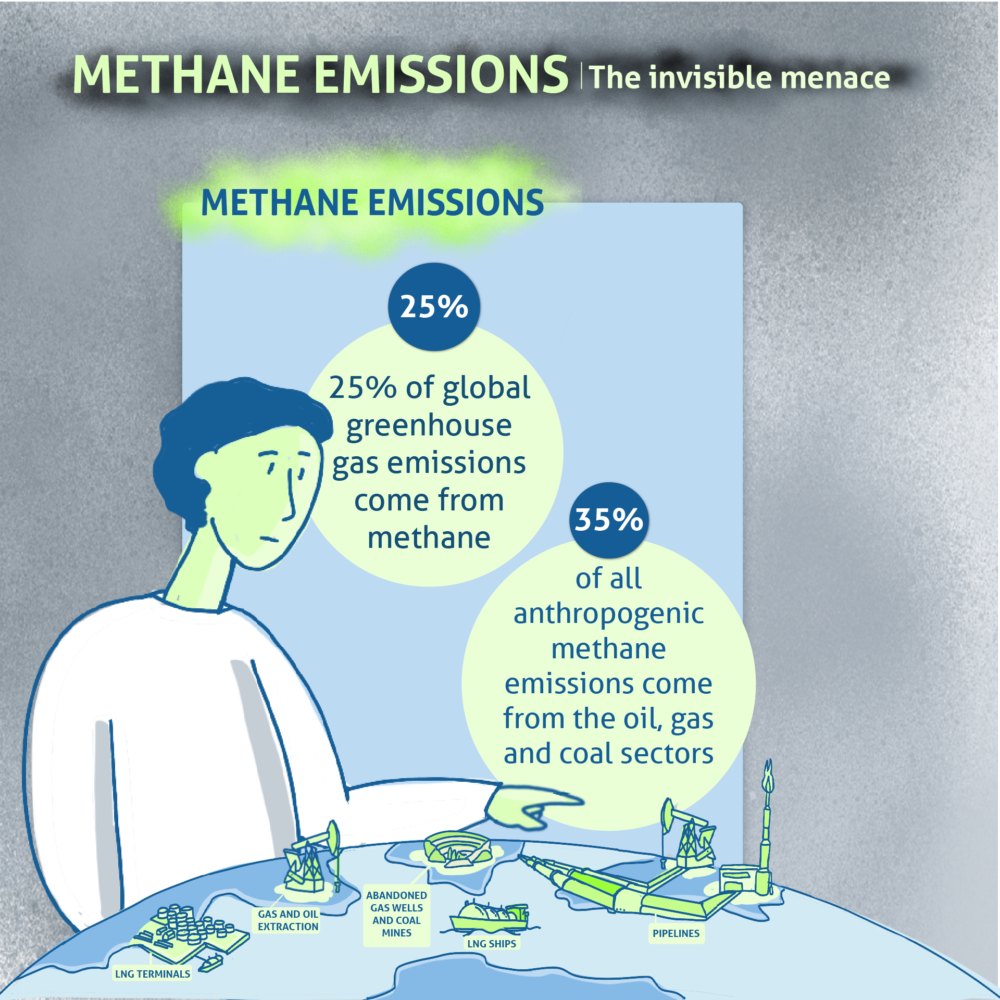 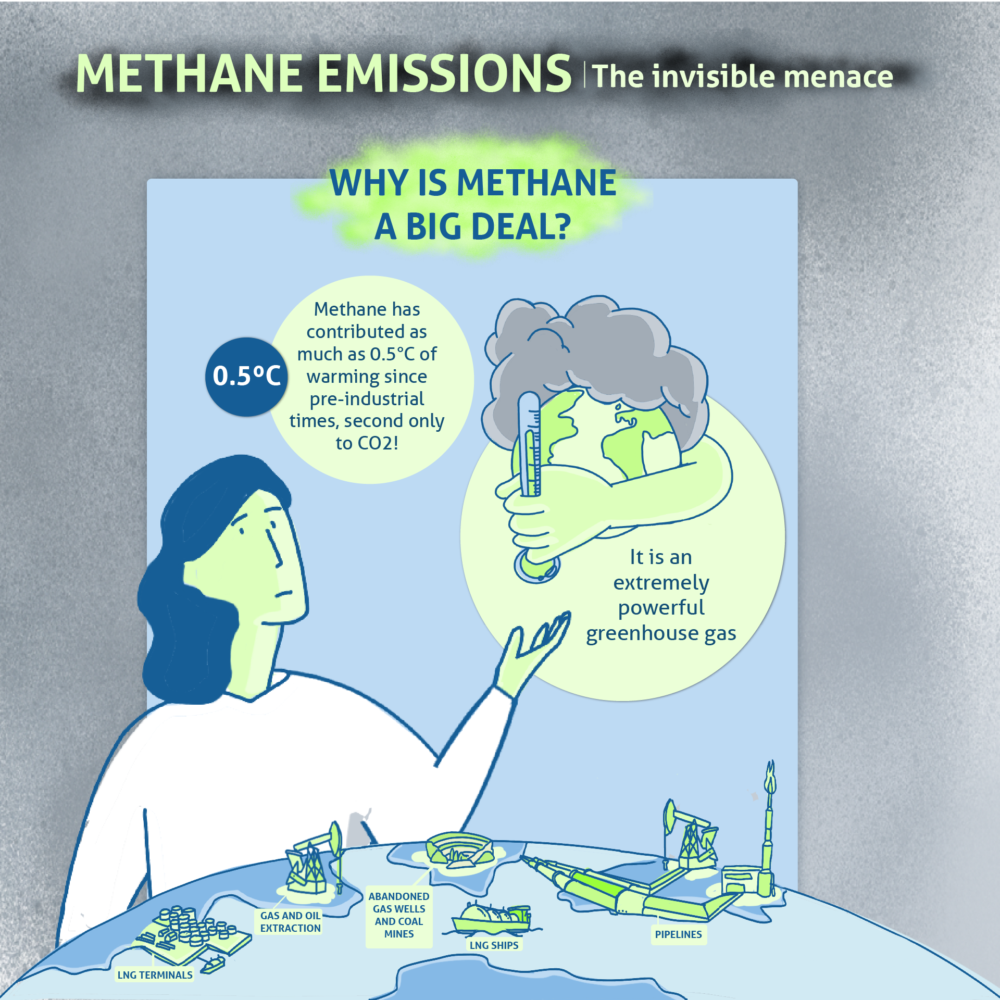 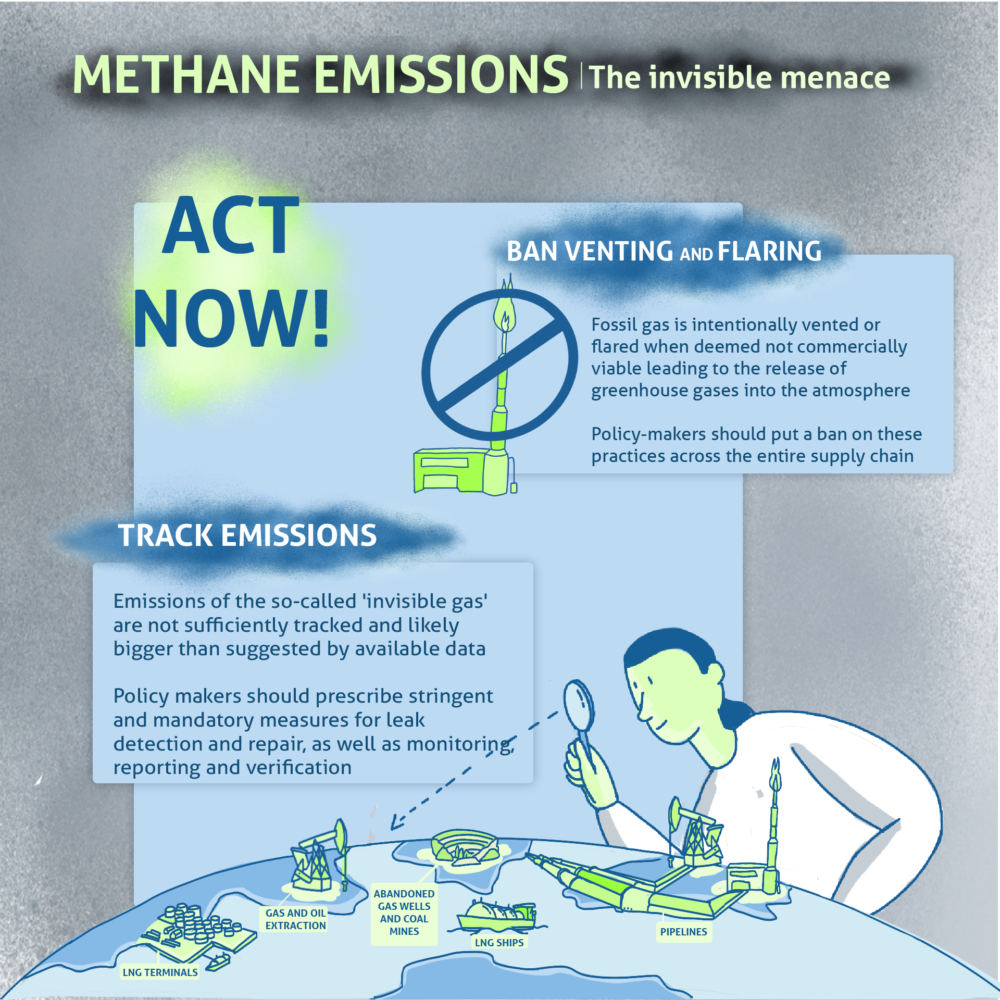 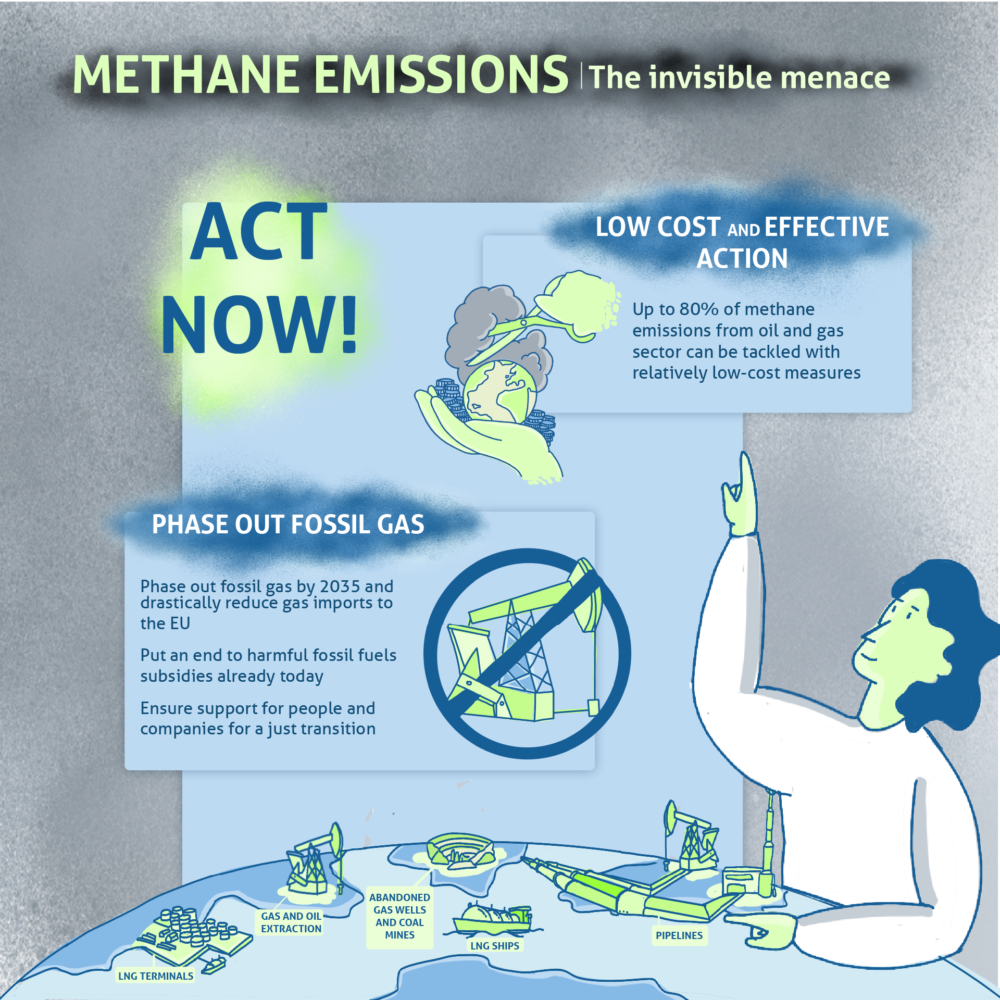