The report “The clock is ticking: Insights into progress made by Member States so far in improving their draft NECPs” sheds light on the progress Member States have made until now with improving their draft National Energy and Climate Plans (NECPs). This includes the extent to which they have implemented the European Commission’s recommendations issued in June this year, and whether they plan to go beyond those.

By the end of the year, EU countries will have to submit their final National Energy and Climate Plans to present how they will contribute to the EU’s 2030 climate and energy targets. The report indicates how much progress has been made since the European Commission published its recommendations on each Member State’s draft NECP.

Despite some improvements, Member States need to do more in the next month to ensure that they at least meet the EU’s 2030 objectives, let alone the objectives of the Paris Agreement.

Report “The clock is ticking: Insights into progress made by Member States so far in improving their draft NECPs” 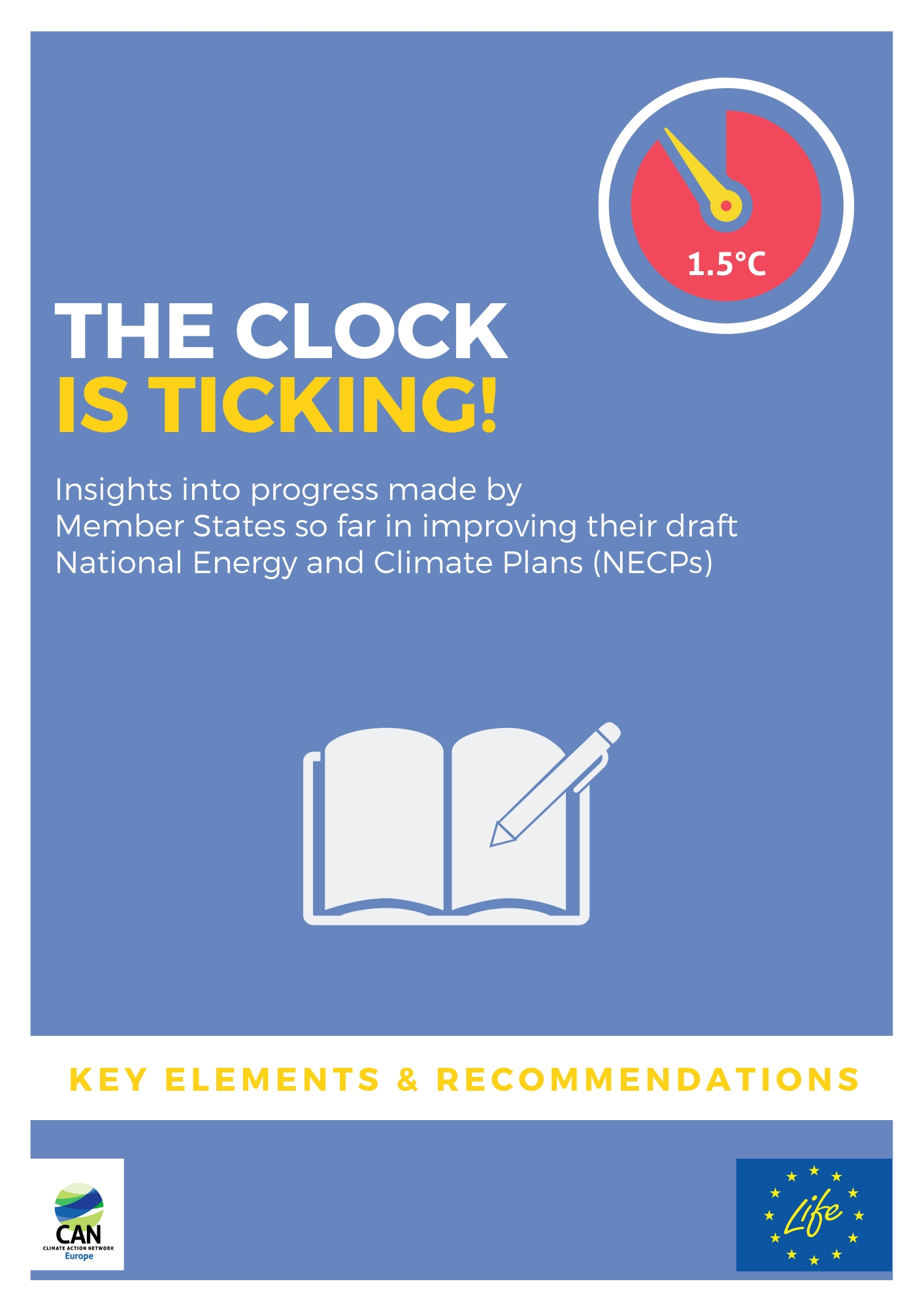