Brussels/Skopje/Tirana 10 November 2022 – To mark the second anniversary of the Sofia Declaration, a new report by Climate Action Network (CAN) Europe warns of the limited progress of National Climate and Energy Plans (NECPs) in the Western Balkans. Further delays can compromise regional leaders’ promises to reduce the emission of greenhouse gases through applying effective policies, because these ten year plans are effectively one of the practical tools by which a country shows how it will achieve its 2030 energy and climate targets. This in turn should be a stepping stone for the countries to achieve climate neutrality by mid century, a commitment made by all Western Balkan leaders at the Sofia Declaration on 10th November 2020.

Through an assessment tool created by CAN Europe, the report zooms into each Western Balkan state and assesses at what stage are the countries’ NECPs. The report highlights the need to improve the level of integrated energy and climate planning, with a detailed focus on the progress. So far only Albania and North Macedonia have adopted their NECPs. Other countries have begun the process and are at various preparation stages, with Serbia announcing the draft plan in early August this year, but with no progress since then.

The date for final submission of the national plans has been postponed by the Energy Community Secretariat until 30 June 2024. Nonetheless if the plans are to be efficiently integrated and to ensure tangible results, the process needs to pick up speed immediately, the report highlights.

In December 2022 the Energy Community Ministerial Council is expected to adopt national headline 2030 energy and climate targets, asking for an overall decrease of greenhouse gas emissions by 60.9% below 1990 levels, an increase to 31% of participation of renewable energy sources in gross final energy consumption, and cap the amount of primary energy consumption at 129.88 Mtoe and the amount of final energy consumption at 79.06 Mtoe at the level of the Energy Community. In order to achieve these targets the NECP working groups, established by each state as the Contracting Party to the Energy Community, will need to improve the design of policies and measures. Furthermore, transparency and effective public participation must be enhanced in the development of the draft national plans that will have to be submitted to the Energy Community Secretariat in June 2023. As Western Balkan countries are also obliged to implement and transpose the Regulation on the Governance of Energy Union and Climate Action by the end of 2022, governments need to step up their work and efforts to develop fully compliant NECPs in a timely and inclusive process, concludes the assessment report by CAN Europe.

According to the analysis in the case of Albania, there are still plenty of crucial improvements to ensure the plan is apt to lead the country towards achieving 2030 climate targets. Overall, there is a lack of ambition, and in particular with regards to reducing greenhouse gases. There is a clear need for the existing policies and measures to be further developed and harmonised with other strategic documents, while new ones still need to be created and properly integrated into the legal framework. Many of the envisaged policies and measures are only on a policy level and their operationalisation, ways of securing appropriate funding and timelines are missing. The analysis shows concerns in the field of environmental and social impacts, as well as the need to improve the public consultations process to enable effective participation in the decision-making. Although Albania does not rely on coal as an energy source, the revised NECP should provide a clear long term pathway for phasing out all fossil fuel use and ensure that national growth is decoupled from carbon emitting processes.

North Macedonia, seen as the regional climate action leader, has presented progressive climate and energy targets. However the country was running late with NECP adoption as well as with developing accompanying documents for the implementation of the envisaged policies and measures, which hinders the plausibility of achieving the set targets. The coal phase out date envisaged in the document is only achievable if the revised NECP contains clear post-retirement plans for existing coal-powered plants, with exact timeline and financial resources secured. At the same time, many of the planned gas developments are not reflected in the emissions calculations. Furthermore, the development and consultation process of the NECP was exemplary, but failed to result in a public consultation report showcasing this engagement. The revised NECP needs to integrate the outcomes of the consultation process, as well as the findings of the environmental impact assessment, outlines CAN Europe report.

“Evidently from the already submitted climate and energy plans, as well as the implications of the energy crisis that is affecting the Western Balkans region, it is of utmost importance that the revised and new plans tackle regional aspects of energy and climate planning more thoroughly. They need to be developed in a coordinated approach, using the opportunities for cross-border and regional cooperation to their full potential. This would significantly enhance synergies and avoid the duplication of capacities and infrastructure. Increased regional cooperation and trade will enhance efficiency, energy security and bring economies-of-scale in investments, which is crucial for the achievement of ambitious targets. Despite the delayed deadline there is no time to lose. It is imperative that our leaders immediately move beyond political declarations and tackle the multiple crises hitting the region”, says Frosina Antonovska, Western Balkans Energy and Climate Policy Officer at CAN Europe.

In the wider context National Climate and Energy Plans are also relevant for limiting the global temperature rise to 1.5°C, and keeping us safe from adverse climate change impacts, which is currently discussed at the UN Climate Summit in Egypt.

CAN Europe Progress Report on NECPs in Western Balkans

National Energy and Climate Plans are documents which serve to implement concrete targeted and timely activities in a country. They are 10-year integrated cross sectoral plans that provide the necessary coordination across all government sectors, but also the timely involvement and participation of many other stakeholders, which should result in a level of planning that will ease public and private investment. Each Plan needs to address the framework set by the Energy Union, based on the three long-established objectives of EU energy policy: security of supply, sustainability and competitiveness. To reach these objectives, the Energy Union focuses on the five mutually supportive dimensions:

The EU has a clear and legally binding framework regarding these plans. The goal is to deliver on the 2030 climate and energy targets set by the EU legislation and contribute to  achieving the global long term goal of  the Paris Agreement. As such, starting from 2018, the EU Member States are required to prepare their integrated energy and climate plans, with the aim to deliver specific energy efficiency, renewable energy development, and greenhouse gas emissions reduction goals, while at the same time addressing the synergies between the cross-cutting issues, as well as research and innovation in energy and climate related policies and measures.

The Energy Community (EnC) Secretariat facilitates this process of developing and adopting NECPs by issuing recommendations on the content and structure of the  national plans, as well as the process for their adoption and review. It introduced a schedule for submitting the Draft and the adopted NECPs to the Energy Community Secretariat, as well as for submitting NECP Updates and Integrated Progress Reports. In view of the submission of the final national plans by the Contracting Parties, the Secretariat also issues recommendations on draft national plans. According to the set timeline the first final NECPs should have been adopted by the end of 2020. The entire process is regulated by the EU Governance Regulation.

CAN Europe evaluation for measuring the effectiveness of NECPs

CAN Europe designed a qualitative evaluation tool for the adopted NECPs focusing on 5 key segments:

Press Release: The first school playground wall in Serbia to absorb dirty air and talk about a just energy transition 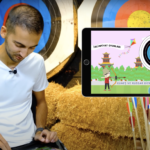 Istanbul, October 6 2022 – Travel to Rome, Athens or Istanbul to take part in the Olympic games and at the same time do something good for the