Brussels, 17 June 2021 – 20 European climate and energy civil society organisations and networks have signed a fossil gas manifesto asking EU policy-makers to ultimately deliver a fossil gas phase out in Europe by 2035, calling for an immediate end of fossil gas subsidies and ensuring that public funding is available to support people and companies to move away from fossil gas.

The manifesto, which is composed of seven points, is also conceived to counter the widespread, misleading industry narrative that fossil gas is ‘natural’ and that it is needed as a transitional energy source, especially in countries phasing out coal. Gas is a fossil fuel, emitting both carbon dioxide and methane, the latter across the entire supply chain. Fossil gas should not be considered as a “clean” fuel or labeled as “sustainable” as it diverts from investing scarce public resources into the real climate and energy solutions.

“The immense threat that fossil gas creates for our people and our planet is obvious. With increasingly available and cheaper solutions to replace it, the message from civil society organisations and networks is clear. We will not remain silent on phasing out fossil gas by 2035 and accelerating progress towards a 100% renewable energy system,” said Esther Bollendorff, Senior Gas Policy Coordinator at Climate Action Network Europe.

Furthermore, the gas industry’s renaissance plans are pushing for using fossil based  hydrogen as a substitute to fossil gas. But only 100% renewable hydrogen can play a role in a few niche sectors where demand needs to be carefully assessed to avoid unnecessary production or infrastructure build. Blending hydrogen into the fossil gas mix must not be supported as it does not significantly reduce greenhouse gas emissions, impacts on gas quality and increases costs for consumers.

The 20 organisations have presented this manifesto at a decisive moment for Europe’s climate and energy policies. It comes shortly ahead of the Commission’s publication of the “Fit For 55” package and during ongoing negotiations on the future of EU gas infrastructure, coupled to a selection process on controversial gas projects on the 5th PCI list. The role of fossil gas needs to be tackled in other important legislative files which are up for review such as the EU’s gas market rules and the delegated act on taxonomy. 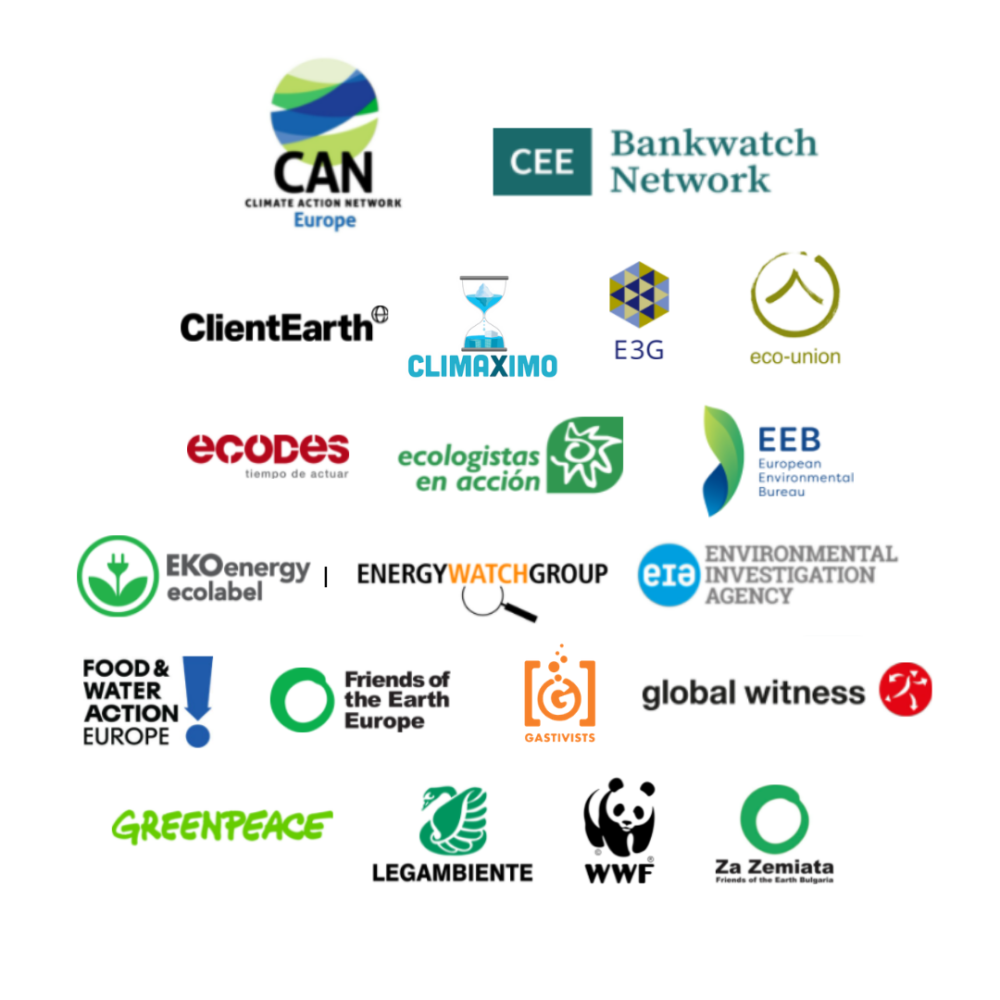 (2)  Energy intensive industries such as steel and basic chemicals or long distance transport.