CAN Europe reflections on the 20th Energy Community Ministerial Council

The 20th Ministerial Council of the Energy Community took place on 15th December 2022, which takes on additional significance given the war in Ukraine and the energy crisis. The ministerial meeting approved the parties’ energy and climate targets for 2030, thus completing the clean energy package introduced in 2021. Other key elements of the Acquis have also been introduced, among which the electricity package, which in turn will accelerate the regional integration of electricity markets, helping bring liquidity and electricity market stability, and unlock cross-border potential, allowing for electricity market coupling and integration. Another element is the introduction of Regulation on Monitoring, Reporting and Verification of emissions (MRVs), which means that emissions from the energy sector will be monitored and reported in a robust, transparent and accurate manner, allowing for independent verification. This last piece of legislation brings the Energy Community closer to carbon pricing, which will help make the coal industry pay and phase out, especially in the Western Balkans.

The adoption of the Energy Community’s 2030 climate and energy targets is a step forward but the ambition adopted, especially when translated to the national targets in the Western Balkans, is not sufficient to achieve climate neutrality by mid-century in line with political commitments under the Green Agenda for the Western Balkans. In a CAN Europe briefing published in 2021, a minimal ambition for reducing greenhouse gas emission in the region was indicated in order to reach climate neutrality by 2050.

Emissions from the energy sector in the region account, on average, for 74% of all greenhouse gas emissions. The main emitter being the outdated and inefficient coal thermal powered fleet. Therefore, coal capacities are a game changer for lowering greenhouse gas emissions but most countries in the region where coal is used for electricity production have no plans to phase out coal soon enough, apart from North Macedonia.

In any case, the new 2030 targets will require WB countries to reinforce their policies and measures. A key step in this process will be preparing the National Climate and Energy Plans (NECPs), an important tool to set up clear, detailed and well interlinked policies and measures, with sound financial planning, and appropriate impact assessments. CAN Europe has already warned that there is limited progress of NECPs in the Western Balkans. Countries need to hit the ground running and accelerate action to reduce emissions using the opportunity of the NECPs to pave the way towards decarbonising the region by mid century, a commitment made by the Western Balkan leaders.

“The adoption of the Energy Community’s 2030 climate and energy targets is a step forward but the ambition adopted, especially linked to the national targets in the Western Balkans, is not sufficient to achieve climate neutrality by mid-century in line with political commitments under the Green Agenda for the Western Balkans. Countries should see these targets as a minimum and speed up the finalisation of their National Energy and Climate Plans to develop appropriate and credible policies and measures, which in turn can help take them  beyond this inadequate level of ambition. The region must remove barriers for the deployment of renewable energy and make energy efficiency the primary driver of the transition. Coal is dead, and it’s time to pull the plug!”, says Viktor Berishaj from CAN Europe. 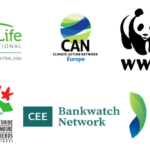