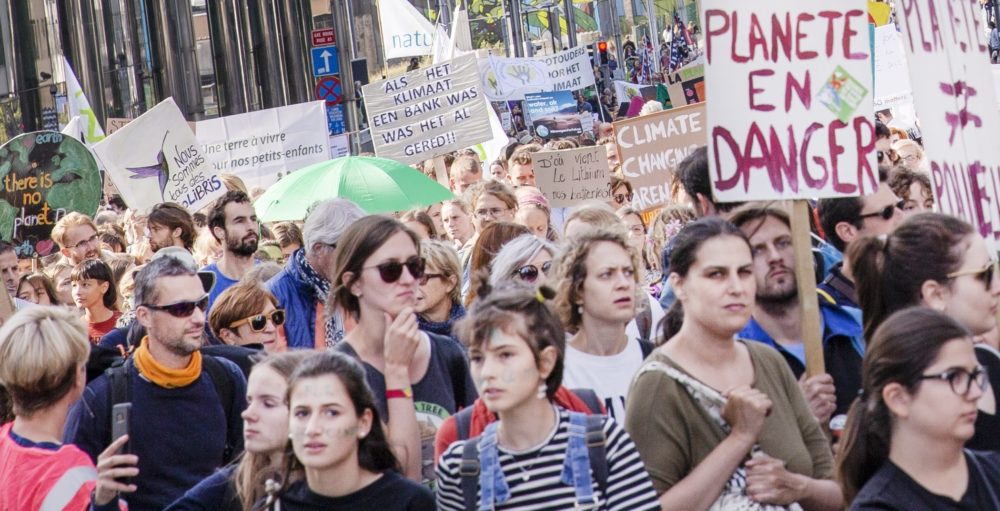 In the midst of unprecedented citizen mobilisation across the globe, the new European Commission leadership pledged to increase Europe’s climate ambition for 2030.

“Now, EU Member States have a big responsibility to agree on a much higher 2030 climate target at the European Council in June 2020. (…) It would be the only way to be prepared for the EU-China Summit in September where a successful outcome on enhanced climate action would be crucial to build up international momentum ahead of the UN Climate Conference, COP26.”

Thanks to our Network’s persistent and determined call for stepping up immediate climate action, the new leadership of the European Commission has promised to substantially enhance the EU’s emission reduction target for 2030. It is the first step toward placing the fight against climate change at the heart of the bloc’s next five-year policy cycle. Following our May campaign on the election of the European Parliament, the climate crisis rose to become the defining topic of the election process, increasing the pressure on Ursula von der Leyen, the new Commission President. Our analysis of which members of Parliament are truly defenders, delayers or dinosaurs on climate action was a significant tool in this campaign.

Throughout the year, CAN Europe brought attention to the urgently needed increase in short-term ambition, which is vital to keeping temperature rise to 1.5°C as established in the Paris Agreement. While EU governments failed to speak out strongly at the Climate Action Summit in New York in September, a growing number of Member States came to support higher EU climate ambition afterwards.

In October, nine EU countries jointly urged Climate Commissioner Frans Timmermans to swiftly propose an increase of the EU’s emission reduction target for 2030 to at least -55%.

With the presentation of its European Green Deal in December, the new European Commission set the course for the critical year 2020, which is the deadline for all Parties to the Paris Agreement to submit new emission reduction pledges for 2030. Ahead of the Commission’s publication, our Network successfully applied pressure to accelerate the Commission’s timeline to present a new target proposal well ahead of the “by 2020” deadline.