In a joint effort 28 organisations, including climate NGOs and industry associations, have sent a letter to members of the European Parliament Environment (ENVI) committee calling them to support higher climate ambition and phase out free allowances to polluting industries as part of the revision of the EU Emissions Trading System (ETS).

The Parliament’s Industry committee already voted on its opinion on the ETS in late April, but failed to meaningfully improve the Directive, continuing the overgenerous handout of free allowances to industry, a key barrier to the urgently needed transformation of the European economy.

It is now up to members of the ENVI committee to vote for a strong and ambitious revision of the EU carbon market on May 16. In order to strengthen the ETS, the signatory organisations call on members of the European Parliament to support the following:

Here is what some of the organisations who signed the letter have to say:

“We are already deep into the climate emergency and the clock keeps ticking. What is on the table is not enough to make the EU carbon market Fit For the 1.5°C goal of the Paris Agreement. To get there, the ETS should be strengthened in order to achieve at least 70% emission cuts by 2030, compared to 2005. MEPs need to hear this call from NGOs and industry and strengthen the ambition of the ETS well beyond the Commission proposal.”

‘The Carbon Border Adjustment Mechanism must be a climate tool. It must eliminate all EU free pollution handouts. This way it will lead to more emissions reductions in Europe and abroad, and generate revenues to support the clean industrial transition.’

“The ETS was originally set up to prevent carbon leakage; it achieved its short-term goal. However in order to act as a vector for innovation and ultimate decarbonisation, it now needs a fundamental overhaul. CBAM has the potential to be game-changing in our urgent pursuit of the EU’s Green New Deal targets, but it can only work as intended if supplemented by the removal of free allowances. With minimal trade intensity, and with low-carbon, scaleable cement technology available today, the cement industry is well placed to rapidly decarbonise if incentivised to do so through the proper implementation of CBAM.”

“Today, the EU is at the crossroads. The CBAM represents the best tool to make the European cement industry more sustainable and competitive. CBAM must replace the Free allowances under the EU ETS system. Free allowances have failed to reduce CO2 emissions, during ETS III (between 2013 and 2018) CO2 emissions from the cement industry in the EU(28) increased by 4.8%. Past errors must not be reproduced: free allowances for the cement industry during phases 1 to 3 of the ETS, subsidized for years inefficient industrial assets, indeed  European cement industry reaped about 3.5 billion euros of windfall profits. Those billions were not reinvested by the cement players for BAT  (Best available technology) in their European facilities but have been used to invest in brand new and BAT cement plants outside Europe. There are only 49% dry kilns with preheater and precalciner in Europe against 93% in India or 79% in Morrocco, Algeria and Tunisia together. Facing the climate challenge, we now need a true efficient and incentive tool: the CBAM.”

Laurence Lamy, Marketing and Communication Director, in charge of EU Affairs for Cem’In’EU

“We want to accelerate decarbonization in hard-to-abate industries. For this to happen the “polluter-pays-principle” must rule in EU policy. Current free allocation needs to stop in order to incentivize major investments in new zero- and low emission technologies, reward the companies that are taking action and create a level playing field.”

“End freebies for industry and spend the money on the green transition instead. Industries like cement, steel and chemicals are stuck in a polluting time warp. With the revision of the ETS, it is critical for free ETS allowances to be phased out so these industries finally have an incentive to decarbonise. Auctioning of allowances must become the norm, and the proceeds invested in energy efficiency, innovation and a socially just transformation.” 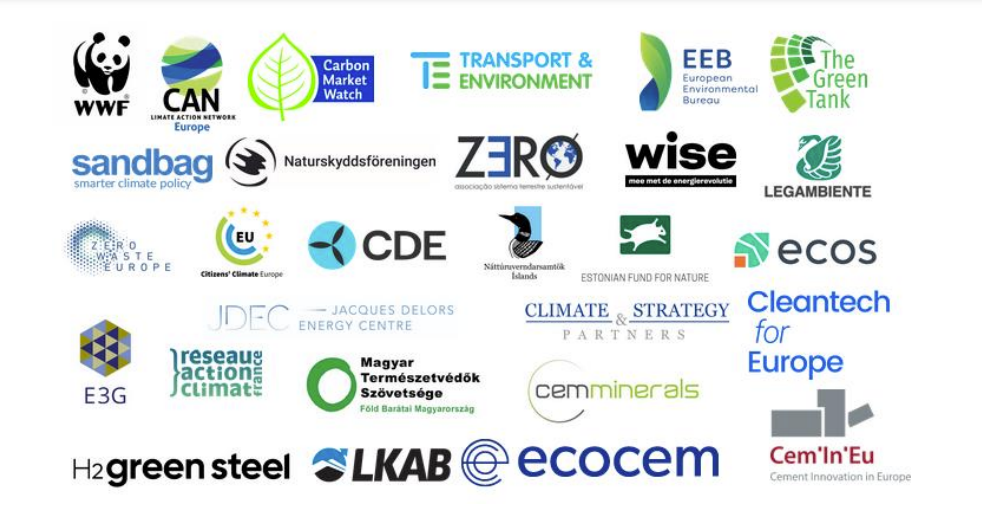 Open letter: A bold and transformative Social Climate Fund is needed, now more than ever