At a pledging conference in Paris today, seven European countries confirmed their commitment to double their previous contributions for the Green Climate Fund replenishment. But some other European governments continue to dodge their responsibility.

Luxembourg confirmed the doubling of its previous, significant pledge to the GCF today, adding to similar commitments by the UK, France, Germany, Sweden, Norway and Denmark made earlier.

In contrast, Belgium, Finland, Ireland, Italy, Poland, Portugal, Slovakia and Switzerland pledged well below expectations, following Spain, the Netherlands and Austria who previously made similar, underwhelming commitments. Many European countries, especially in Central and Eastern Europe have failed to make any contributions so far. They also have an important role to play and should be coming forward with generous contributions.

“Several European countries set the bar high and threw real money on the table. This is a good start but in no way adequate to meet the needs on the ground. Countries who pledged below their fair share and failed to live up to their obligations must urgently top up their contributions. All European countries who have not pledged so far need to put money on the table as soon as possible, to help the poorest countries scale up their climate targets in 2020.” 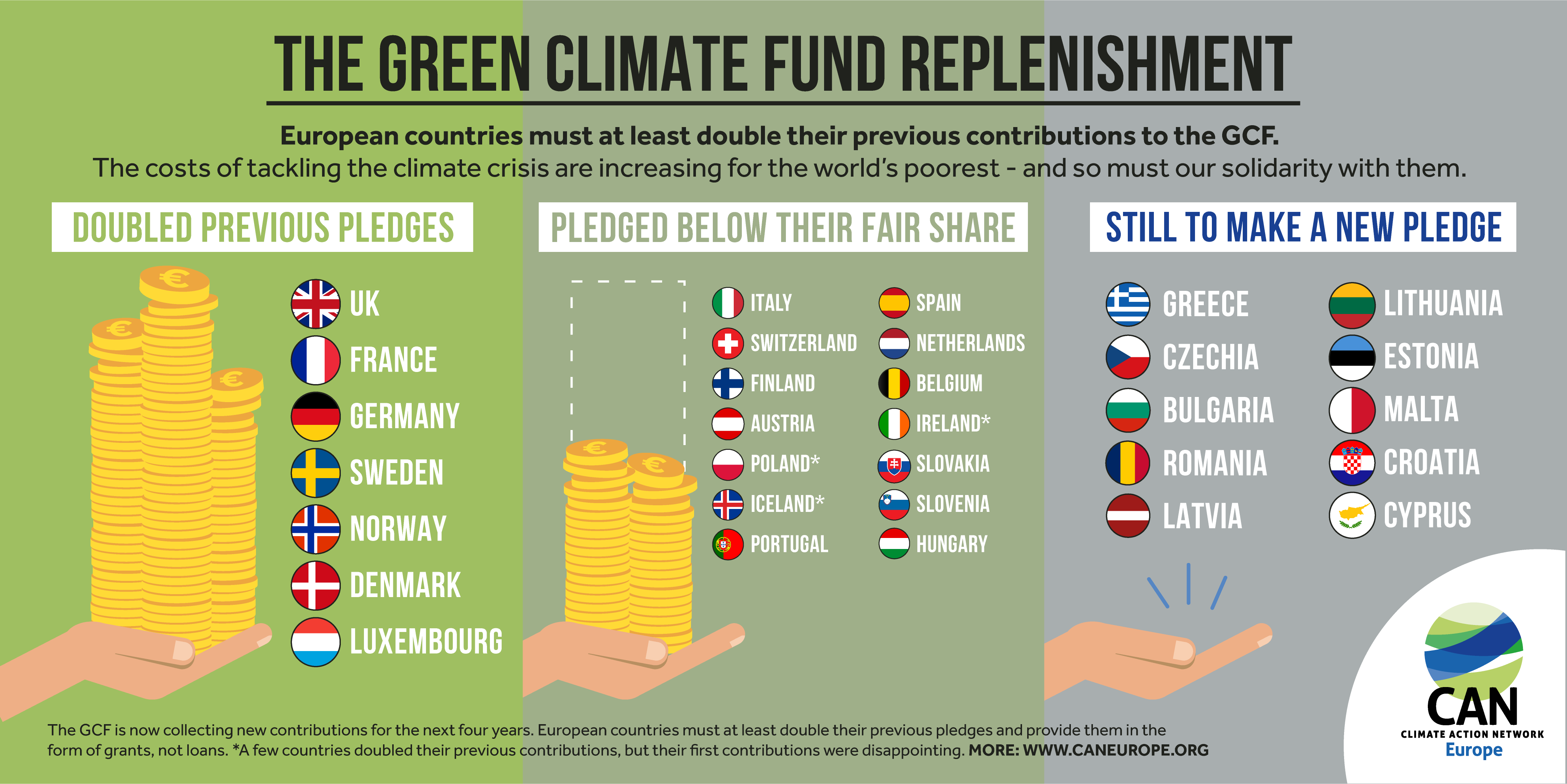 The GCF is now collecting new contributions for the next four years. An ambitious replenishment of the GCF now would boost the potential of developing countries to up their climate targets. Governments have little time left to deliver new, higher targets, as in the Paris Agreement they committed to do so by 2020. Countries have a number of opportunities ahead to step up and put money on the table soon, including COP25 in Chile, in December.

The fund was established in 2010 under the UN Framework Convention for Climate Change with the aim to help developing countries reduce greenhouse gas emissions, prepare for the unavoidable impacts of a changing climate, and develop in a sustainable way. It was set-up to play a major role in channeling the $100 billion a year that industrialised countries committed to mobilise by 2020.